FREE SHIPPING on any watch $99 and over !*
DETAILS
Watches Men's Master Of G 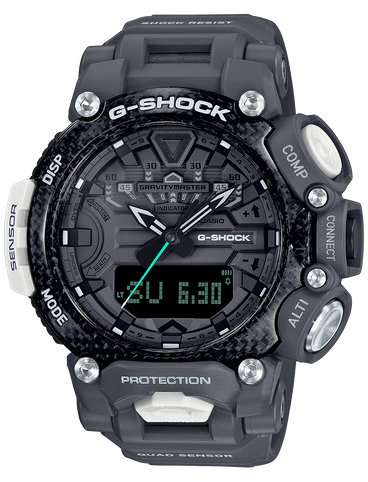 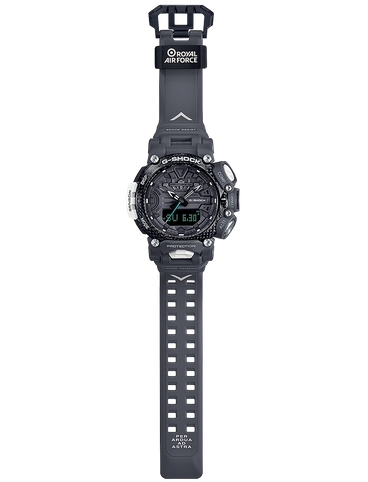 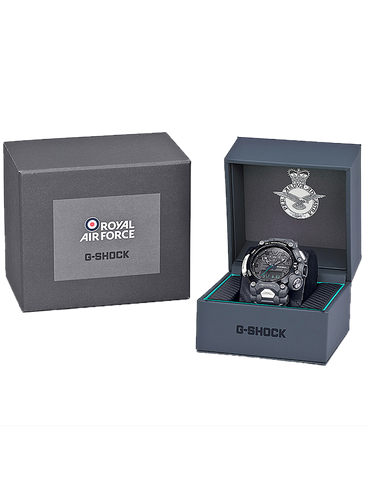 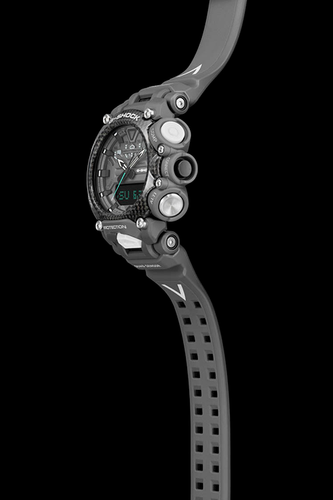 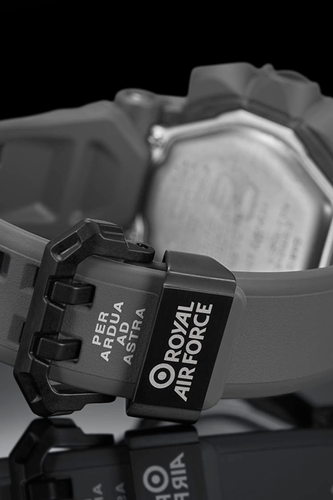 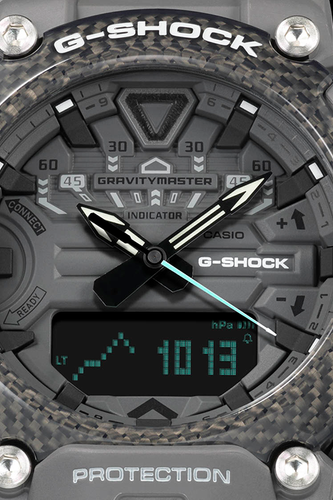 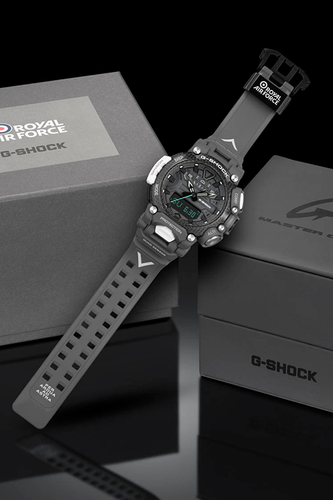 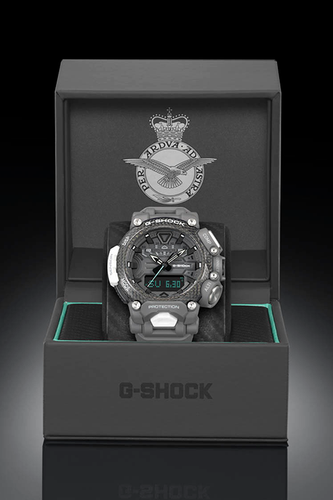 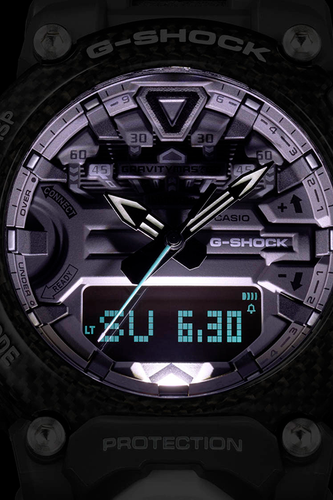 G-SHOCK is an unbreakable timepiece built from a ‘Never Give Up’ philosophy that makes it perfectly equipped to support UK Servicemen - both on and off-duty – all over the world. G-SHOCK is already the watch of choice for many in the Armed Forces, and this limited-edition release further cements the partnership as an official licensee of the Ministry of Defense.

Designed in conjunction with the Royal Air Force, the watch has been built to accommodate the severe environments faced by pilots using a carbon core guard structure in their signature grey colorway. This, combined with world-renowned G-SHOCK shock resistance, creates a structure that is highly vibration resistant. The bezel is made up of three layers of resin with carbon fiber inserts, with the top layer being semi-transparent to reveal the carbon material inside. The special edition timepiece features design elements inspired by aviation, including the three buttons on the right side of the watch arranged in a way that makes them resemble a fighter jet control stick while also contributing to ease of operation. Additionally, the stealth colorway is inspired by the Eurofighter Typhoon, designed to be difficult to distinguish in the sky during operations.

The GRAVITYMASTER GRB200 model also features a Quad Sensor system which makes it possible to pack compass, altitude/barometer and temperature measurement capabilities along with an accelerometer that keeps track of step count, into a compact figuration. This makes it easy to keep tabs on the natural environment and to maintain logs of all activity for comprehensive flight mission support. The timepiece features location and activity-tracking technology through the Quad Sensor system. As part of the Bluetooth® connectivity capabilities via the G-SHOCK Connected App, it is equipped with a special function within the app that provides a mission log, location indicator, auto altitude calibration and calories burned.

Other Colors
WHERE TO BUY
OUT OF STOCK