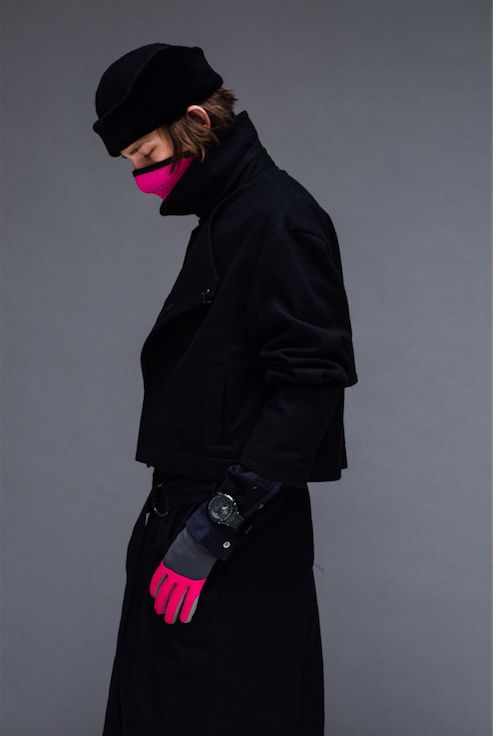 DOVER, NJ, January 31, 2017 - Today, Casio G-SHOCK and acclaimed menswear designer, Robert Geller, joined together for a fifth, consecutive New York Fashion Week: Men’s season during a presentation of his Autumn/Winter 2017 collection. Held at Skylight Clarkson Square North in New York City, the show began with a photo retrospective in celebration of Geller’s ten-year anniversary, featuring signature looks from past collections re-styled in a new shoot including G-SHOCK G-STEEL watches. The commemorative photo gallery was followed by a presentation of Geller’s new collection, which paired key looks with the latest G-STEEL timepieces. “[Ten] years. It has been a journey and worth every step. I am incredibly lucky to create for a living, and to turn ideas into something that has a life – something that accompanies my fellow humans for many years of their lives,” said Robert Geller. “I wanted to create clothes that mean something, that can connect with people and mean something to them. I have made an impact [on] people’s lives. What could be greater than that?” Geller hand-selected the G-SHOCK G-STEEL watches that were featured in this milestone presentation, including the GSTS100G-1B, GST210B-1A, GSTS110BD-1B, GSTS110BD-1A2 and GSTS110D-1A models showcased on the runway, and the select G-STEEL models highlighted in the celebratory photo retrospective. The G-STEEL line of watches was created for the active gentleman that seeks durability but also the sleek appearance of a metal watch. The GSTS100G-1B, GST210B-1A, GSTS110BD-1B, GSTS110BD-1A2 and GSTS110D-1A models retail for $280, $320, $350 and $450 respectively, and can be purchased at G-SHOCK retailers, including Macy’s, Tourneau, shopcasio.com, and the shopcasio.comG-SHOCK Soho Store.About G-SHOCK
CASIO’s shock-resistant G-SHOCK watch is synonymous with toughness, born from the developer Mr. Ibe’s dream of ‘creating a watch that never breaks’. Over 200 handmade samples were created and tested to destruction until finally in 1983 the first, now iconic G-SHOCK hit the streets of Japan and began to establish itself as ‘the toughest watch of all time’. Each watch encompasses the 7 elements; electric shock resistance, gravity resistance, low temperature resistance, vibration resistance, water resistance, shock resistance and toughness. The watch is packed with Casio innovations and technologies to prevent it from suffering direct shock; this includes internal components protected with urethane and suspended timekeeping modules inside the watch structure. Since its launch, G-SHOCK has continued to evolve, continuing to support on Mr. Ibe’s mantra “never, never give up.” G-SHOCK Soho Store About Casio America, Inc.
Casio America, Inc., Dover, N.J., is the U.S. subsidiary of Casio Computer Co., Ltd., Tokyo, Japan, one of the world’s leading manufacturers of consumer electronics and business equipment solutions. Established in 1957, Casio America, Inc. markets calculators, keyboards, mobile presentation devices, disc title and label printers, watches, cash registers and other consumer electronic products. Casio has strived to realize its corporate creed of “creativity and contribution” through the introduction of innovative and imaginative products. For more information, visit www.casiousa.com.