Casio G-Shock Partners With Gorillaz For Their Second Collaboration 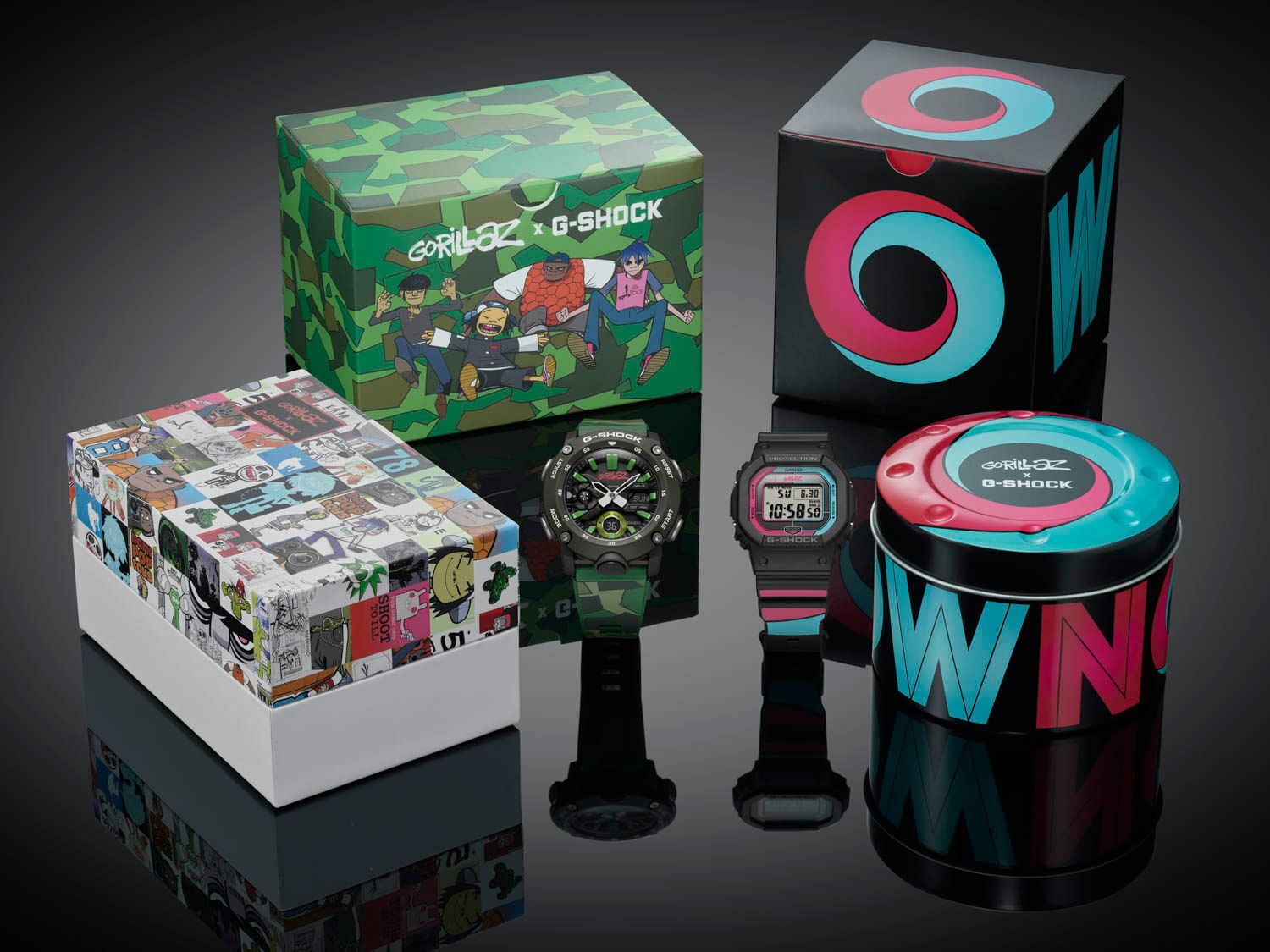 DOVER, N.J., SEPTEMBER 16, 2019 — Today, Casio G-SHOCK announces the release of their second limited edition collection with British band, Gorillaz. Due to popular demand following the sold out 2018 collection, GORILLAZ x G-SHOCK is back with a unique collaboration featuring two limited-edition G-SHOCK styles, DW-5600 and GA-2000 designed by Gorillaz co-creator, Jamie Hewlett.
Inspired from two acclaimed albums from the Grammy and BRIT Award winning British band – ‘Gorillaz’ and ‘The Now Now,’ the collection concludes the adventures of G-SHOCK creator Mr. Ibe and Gorillaz band members - Noodle, Murdoc Niccals, Russel Hobbs and 2D.They return to Mr. Ibe’s Tokyo R&D Centre following a hair-raising trip through outer space to realize their mutually aligned intergalactic goals.
See what happens next when you watch the final episode here at https://www.gshock.com/collections/gorillaz-watches and Gorillaz YouTube, art-directed by Jamie Hewlett, with French directors collective BRVTVS..
In honor of the album’s distinctive artwork, the classic DW-5600 model has been reimagined in celebration of Gorillaz’ most recent album, ‘The Now Now’. The design features a color combination of blue and pink with the bi-color message ‘NOW’ that floats onto the display whenever it is illuminated by the backlight. The watch also has Bluetooth capability which can be synced with G-SHOCK’s proprietary app, allowing access to a variety of features and functions direct from your Smartphone.
The second timepiece in the collection, the GA-2000 is the latest watch to be launched by G-SHOCK and features the iconic camo print familiar to Gorillaz fans worldwide to honor the Gorillaz’ 2001 eponymous debut release. This watch comes complete with two wrist bands – one featuring the camo print and the other in a darker military style, which can be easily interchanged and worn alternatively.
Both models sport standard G-SHOCk iconic features including shock, vibration and water resistance.
The limited edition GORILLAZ x G-SHOCK collection will retail for $170 and is exclusively available for purchase at gshock.com and G-SHOCK Soho Store starting September 18, 2019. The limited edition GORILLAZ x G-SHOCK collection will be exclusively available for purchase at select G‐SHOCK retailers including Macy’s starting September 25, 2019.


About G-SHOCK
CASIO’s shock-resistant G-SHOCK watch is synonymous with toughness, born from the developer Mr. Ibe’s dream of ‘creating a watch that never breaks’. Over 200 handmade samples were created and tested to destruction until finally in 1983 the first, now iconic G-SHOCK hit the streets of Japan and began to establish itself as ‘the toughest watch of all time’. Each watch encompasses the 7 elements; electric shock resistance, gravity resistance, low temperature resistance, vibration resistance, water resistance, shock resistance and toughness. The watch is packed with Casio innovations and technologies to prevent it from suffering direct shock; this includes internal components protected with urethane and suspended timekeeping modules inside the watch structure. Since its launch, G-SHOCK has continued to evolve, continuing to support on Mr. Ibe’s mantra “never, never give up." www.gshock.com